Changes In Immunization Requirements Go Into Effect
Posted on:
NASHVILLE – Parents of children enrolling in child care, pre-school, Kindergarten and 7th grade should make plans now to be sure their children are up to date with their immunizations, if they haven’t already.
...
Corlew Reaches Decision On Next Clerk And Master
Posted on:
Chancellor Robert Corlew has reached his decision on the person who will serve as Cannon County's next Clerk and Master, the Cannon Courier has learned.
...
County Commissioners To Vote On Budget, Tax Rate Saturday
Posted on:
The Cannon County Board of Commissioners will meet in regular session on Saturday, July 17, 2010 at 10:00 a.m. in the courtroom of the Cannon County Courthouse.
... 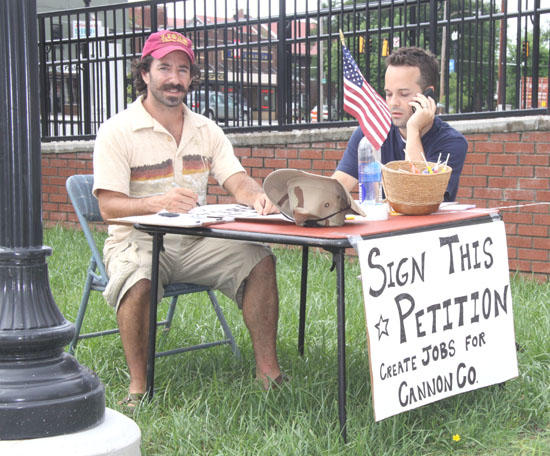 Driving For A Distillery
Posted on:
Members of a local group wanting to start a whiskey distillery operation in Cannon County were stationed outside the courthouse Monday collecting signatures for a petition.
...

Flash Flood Watch For Cannon County Through Tuesday Morning
Posted on:
The National Weather Service in Nashville has issued a Flash Flood Watch for a portion of middle Tennessee including the following counties.
...
Important Information For Parents Of Children Entering 7th Grade
Posted on:
Has your 7th grader received all of his/her immunizations? If not, the following immunization clinic may be of help:
... 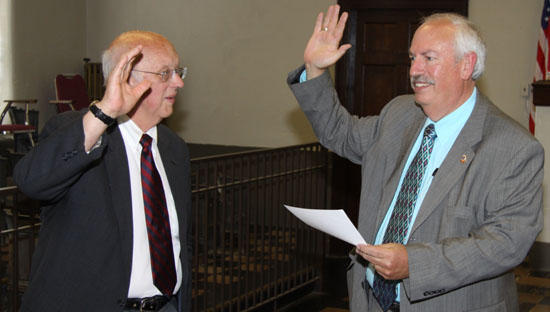 It's Official: Bryson Sworn In As Clerk And Master
Posted on:
William H. Bryson has been appointed to serve in the position for Clerk and Master for Cannon County.
...

Robbers Shoot Up Rutherford Bar, Captured Minutes Later In Woodbury
Posted on:
MURFREESBORO — Two hapless armed robbers, one of whom left a T-shirt bearing his photo and name at the scene of the crime, and their female accomplice were captured early Sunday morning just minutes after firing multiple rounds during a robbery at a Rutherford County bar.
...
Statutory Rape, Stalking, Arson Cases on General Sessions Docket
Posted on:
There is a 44-person docket set for Tuesday, July 13 in the Cannon County General Sessions Court of Judge Susan Melton.
...
Three Woodbury People Charged With Aggravated Burglary
Posted on:
On Friday, July 9, 2010, Woodbury Police Chief Tony Burnett was dispatched to 915B S. McCrary St. for an Aggravated Burglary report.
...
WPD Arrests Two For Cell Phone Theft
Posted on:
On July 1, 2010, Woodbury Police Department Sgt. Kevin Mooneyham took a report that a cell phone had been taken from a residence on High St.
...