Lady Raiders Win Fourth Straight
Posted on:
MURFREESBORO - Middle Tennessee women's basketball proved it was more of a team than just All-American Alysha Clark as the Blue Raiders cruised to an 83-54 triumph over Louisiana Sunday afternoon inside the Murphy Center.
... 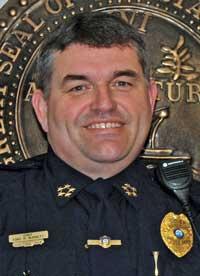 CHIEF BURNETT
Chief, Sheriff Advise: Know Who's Knockin'
Posted on:
Home invasions like the one in Eagleville recently aren't a common occurrence in Cannon County, but the hideous crime does illustrate that even people in rural communities are vulnerable.
There are scores of elderly couples and singles living alone throughout the Cannon County, and each is a potential victim or mark of desperate, cruel criminals seeking money or drugs.
...