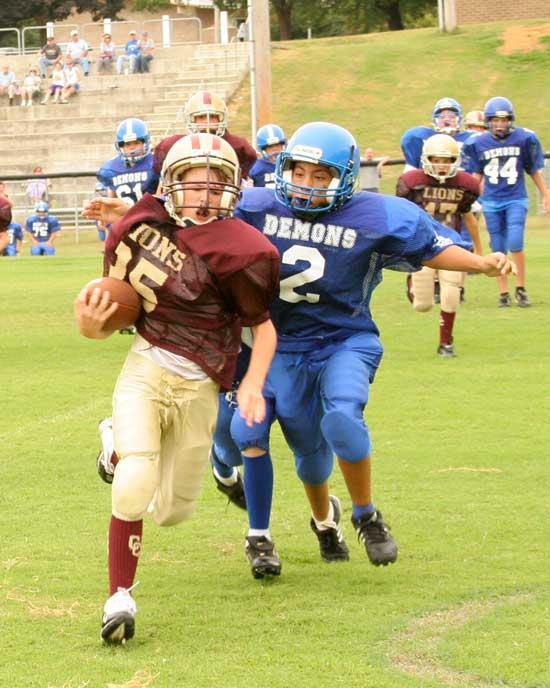 Running Away From Demons
Posted on:
By:
Photos by JAMIE SLATTON
Jeremy Litchford of the 10-11 year old Cannon County Youth Football Lions runs away from a defender during recent action in Gainesboro. Jeremy scored both touchdowns in the game. The effort of the entire team is to be commended, with special applause going to Austin Miller, for his outstanding defense against the Blue Devils offensive line. Final score Lions 12, Blue Devils 13.
...