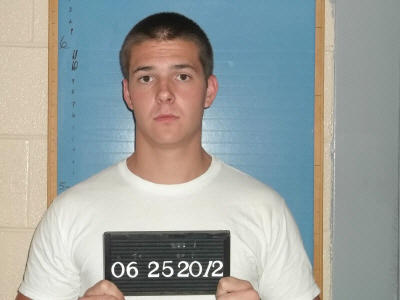 Dillon Reger, 118 Barley Dr., Christiana, was served an arrest warrant charging him with Stalking on June 25.

The warrant was obtained by the purported victim, who alleges that Reger has stalked her for over 5 months and caused her to feel terrorized, frightened, intimidated, threatened and harassed.

According to the warrant, Reger would enter the victim’s home uninvited and would enter into her bedroom while she was sleeping. This allegedly occurred four to fives times since January. During May, Reger allegedly entered and hid in her car.